Should Chores and Allowance Go Together? Here’s What the Experts Have to Say

Washing dishes, cleaning bathrooms, and taking out the garbage are no one’s favorite pastimes. But most would agree that these types of chores serve an important function in families: teaching children responsibility.

Many parents also use chores to introduce money concepts to their children. Complete all your chores for the week and earn an allowance in return.

In a recent survey from T. Rowe Price, 66% of respondents reported giving their children an allowance.[1] Of those parents, 83% believe their children should have to earn it.

As a parent, you understand the importance of teaching your children about money. But is rewarding them for completing normal household chores sending the wrong message?

Should Kids Get an Allowance for Chores?

Many experts agree on the merits of kids’ allowance. However, many disagree when that income is tied to completing household tasks. So the question arises — should kids get paid to do chores?

Jennifer Dunkle, a Licensed Professional Counselor who specializes in financial therapy, says, “Kids should be expected to do basic chores [without an allowance] because they are a member of the family, and that’s what families do — take care of their homes and each other.” However, according to Dunkle, parents can consider paying children for chores that are atypical or above and beyond the norm.

Family finance expert Andrew Daniels thinks paying kids for chores can help develop a child’s entrepreneurial spirit. “I think it’s crucial for children to learn how to make money,” Daniels says, “and a big part of that is learning to exchange labor for money. That’s where getting paid to do certain chores can be a great thing.”

Daniels acknowledges the belief that if you pay kids for chores, they may become overly dependent or entitled. However, this, he says, “is more about the child-parent dynamic than anything else.” What he’s noticed in his own family is that “getting paid to do certain chores can get a child’s wheels spinning and have them look for ways to earn more by doing these chores for other people.”

Daniels won’t pay his kids to do chores like making their beds. He says making beds “comes from the privilege of having a bed and being a part of the household.” Daniels encourages his children to develop their own businesses from a young age and make money online in addition to earning an allowance.

Andy Hill, a family finance expert, also echoes Dunkle and Daniels’ suggestions to pay for some chores but not all. He explains, “There are certain responsibilities our kids have that they just need to do as a part of the family.” Hill said to think of those chores like making the bed or clearing the table after dinner.

Then, he says, he will pay his children for “above and beyond” chores like, “vacuuming, washing windows, and loading laundry.” Hill calls this “work ethic training,” which he explains “will help them grow up to understand that with hard work comes reward.”

One mother of two wrote a Washington Post article entitled “I Pay My Kids to Get Dressed, Do Homework, And More. It’s the Best Decision I’ve Ever Made.” For her, the decision to pay her children for some basic chores resulted in enormous positive reinforcement and made her morning routines much less hectic.

She received pushback in the press.[2] However, the important takeaway is that there are many different approaches when it comes to tying allowance to chores and how kids earn money.

When Parents Disagree About Paying for Chores 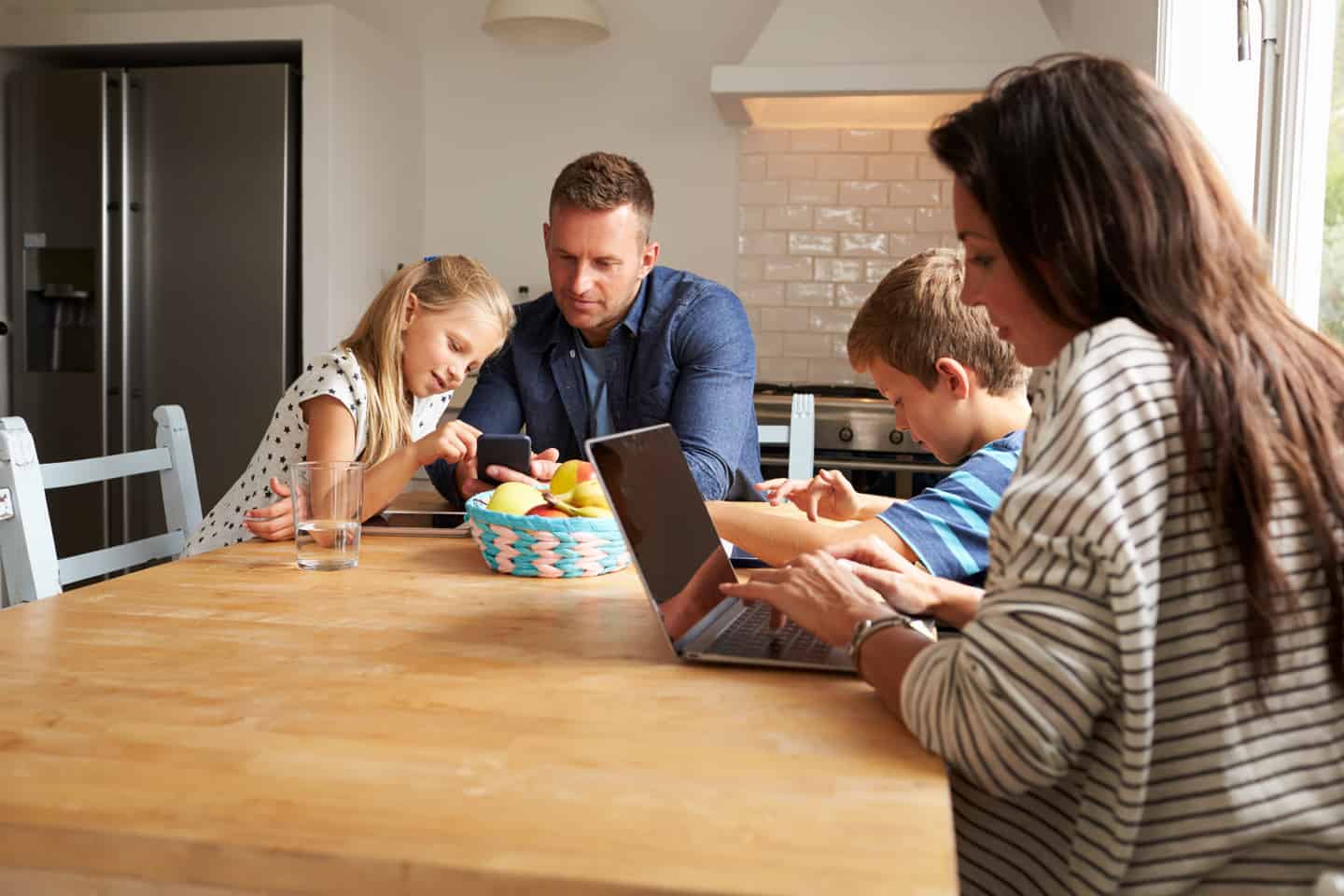 Money can be a divisive topic in families. That’s especially the case if each parent grew up with a different set of rules regarding chores and allowance. As such, parents may disagree on whether or not to pay their kids an allowance for chores.

Lindsay Bryan-Podvin, a financial therapist, says, “Plenty of parents disagree on whether or not kids should be paid for chores.” However, she mentions it’s important for parents to discuss their approach away from their child.

What’s harmful is having “two parents enforcing a different standard.” The reason, Bryan-Podvin says, is that it “sets up the child to go to the parent who ‘pays’ for chores and pit them against the other parent who doesn’t pay for chores.”

Related: How Your Parents’ Finances Could Become Your Liability

How Much Should a Kid’s Allowance Be?

According to the American Institute of Public Accountants, children receive an average of $67.18 per month in allowance.[3] You can start giving an allowance to children at an early age, but you have options on how to distribute it.

Base it on age

You can base your children’s allowance on their age that year. For example, if they’re 10 years old, try an allowance of $10 per week.

Make it chore based

Another option is to base your child’s allowance on the chores completed. Set a price for each chore, tally up the results, and pay them at the end of the week.

Make it a flat monthly rate

Some parents decide to give their children a flat monthly rate at the beginning of each month. This is common for parents of teenagers who have expenses like gas, fast food, and more.

The idea is that you give your children a sum that covers their monthly expenses plus a little extra. They’re responsible for paying for everything using that sum, whether it’s a shirt from the mall or a Starbucks frappuccino. Once they run out, they have to wait until next month’s allowance.

Related: Should Parents Pay for Their Children’s College Education?

Allowances Can Be Beneficial if They Teach Financial Literacy

According to Ron Lieber, the author of The Opposite of Spoiled, allowances can help children learn about wants versus needs. In an interview with the New York Times, he said kids will make “spectacular mistakes” with their allowance money.

It’s good, he argues, for them to run out of money or not have enough to buy a brand new prom dress. Lieber says, “it’s a lesson they won’t have to learn at 25 when they want to bust into their 401(k) to solve the problem they created because they never knew how to make a trade-off.”

Lieber believes in allowances, but not in tying them to chores. He encourages parents to give their children money to manage and not to bail them out when they run out.

In many ways, an allowance for kids should serve a broader purpose. It’s not necessarily about how children get paid and for what. It’s about them learning how to handle the money they do receive. These lessons will encourage a lifetime of good financial choices.